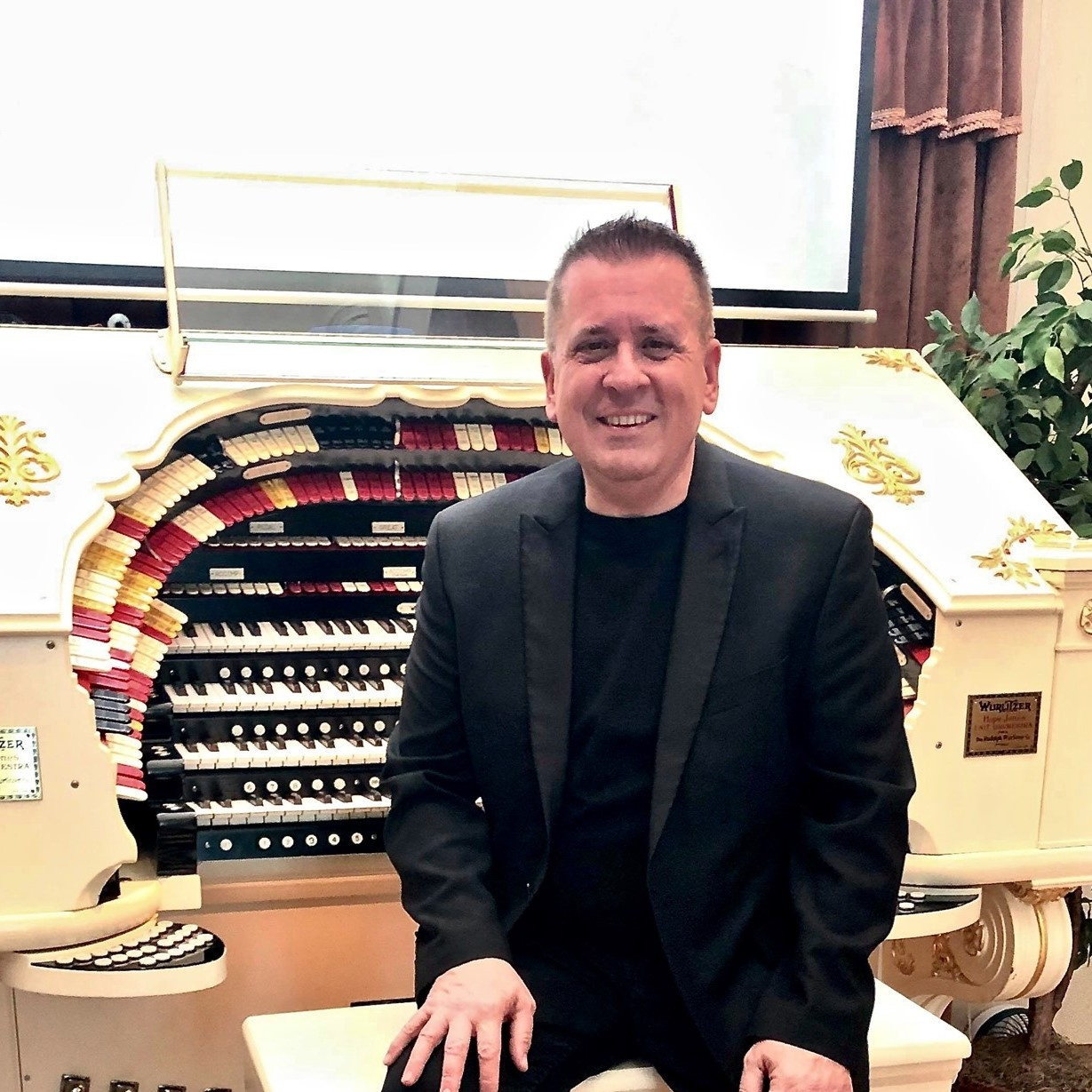 Walt Strony is one of America's premier concert organists.  Since his debut in 1974 at the age of 18, he has established himself as one of the few organists equally at home playing both theatre and classical organ.

Among his many triumphs are having performed two concerts at Radio City Music Hall, and twice on the Wanamaker Organ in Philadelphia, the world's largest fully-operable pipe organ.  He has been a regular performer on many series including the Spreckels Organ in Balboa Park, San Diego and the Kotzschmar Organ in Portland, ME -- as well as having performed on nearly every important theatre organ in the world. He has performed with the symphony orchestras of Calgary, El Paso, Allentown and Symphony Silicon Valley.

He has recorded over 32 albums, the first of which "Phoenix" was given a 10/10 rating by CD Review.  His latest album called "Tico-Tico", is a cross-over album recorded during a live performance for the East Texas Organ Festival.

His book, "The Secrets of Theatre Organ Registration" is highly sought after having become a standard reference book for organists, and he is currently preparing its second edition.

In addition to being one of America's most sought after organists, equally at home on the Mighty Wurlitzer or Aeolian-Skinner -- he is also known as an organ consultant.  In 2008, the Allen Organ Company commissioned him to design a new four-manual instrument -- the Walt Strony Signature Series Organ, examples of which are found in America, France and England.

Born in Chicago, he began music studies at the age of seven.  His theatre organ teacher was Al Melgard, the much-loved organist at the Chicago Stadium, who began his career as a very popular silent film accompanist in Chicago.  Needless to say, he taught Walt all he knew.   As a result, Walt is one of the last generation of organists with a genuine connection to those that played silent films in the 1920s.  Appropriately, Walt strives to be as authentic as possible when creating a score -- so it's a close as possible to what was done originally.  His classical studies were with Herbert L. White and Karel Paukert.

This well-rounded musician brings a wealth of experience to any organ console. This experience has brought him the repuation of being one of America's most original and interesting sounding organists.  As one reviewer noted years ago -- " Strony has become one of the rare breed of today's younger theatre organists to have developed a style uniquely his own.  While looking backwards, respectfully to the masters of theatre organ tradition, he manages to look forward with a refreshing approach in all his musical arrangements."  "It is a style that is inventive, harmonically interesting, and above all, right for today."

Some Highlights of his career... 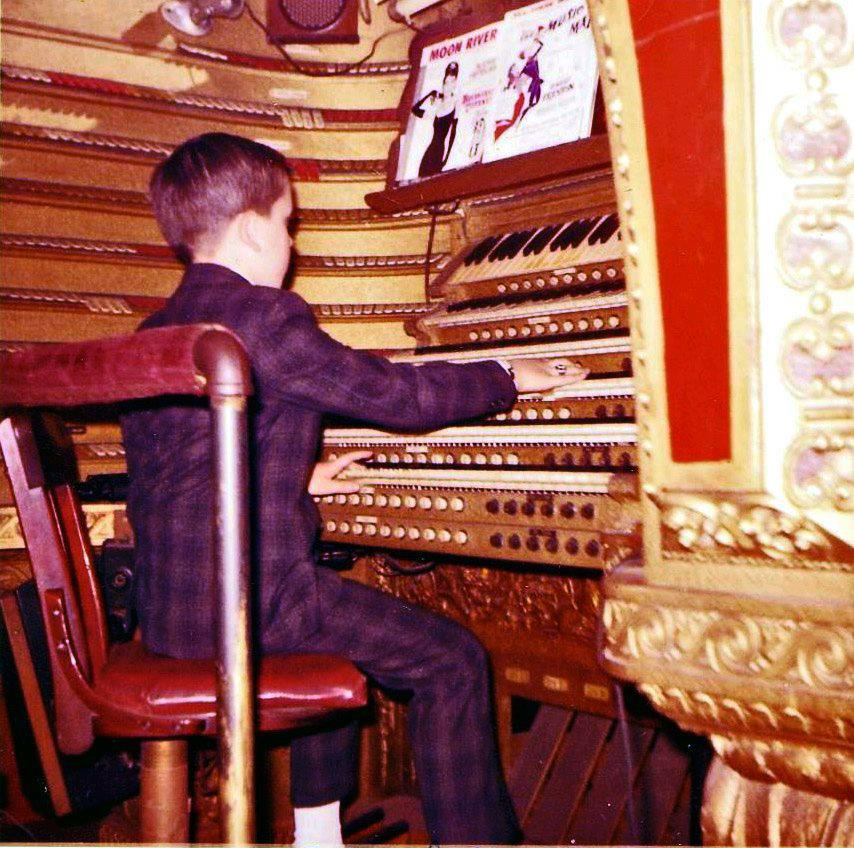 Here is Walt at age 11, playing his first pipe organ!  This is huge Barton organ formerly in the Chicago Stadium! 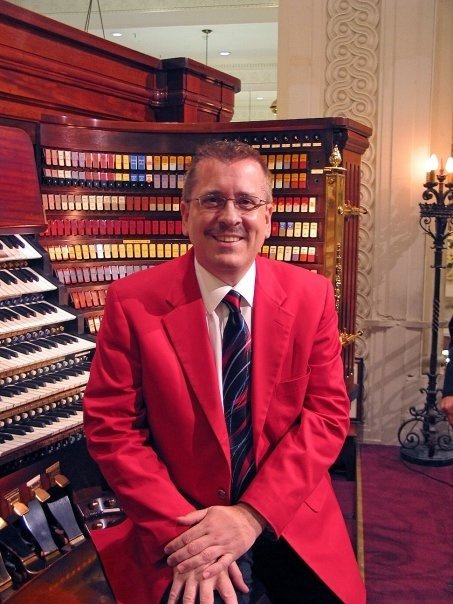 Walt seems to like six-manual organs! Here he is at the Wanamaker organ in Philadelphia, which is the largest fully operating pipe organ in the world! 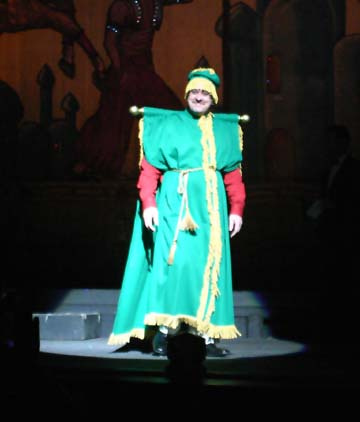 Walt likes to have fun.  Here he is at Atlanta's Fox Theatre about to perform music from "Gone With The Wind"  -- with apologies to Carol Burnett!